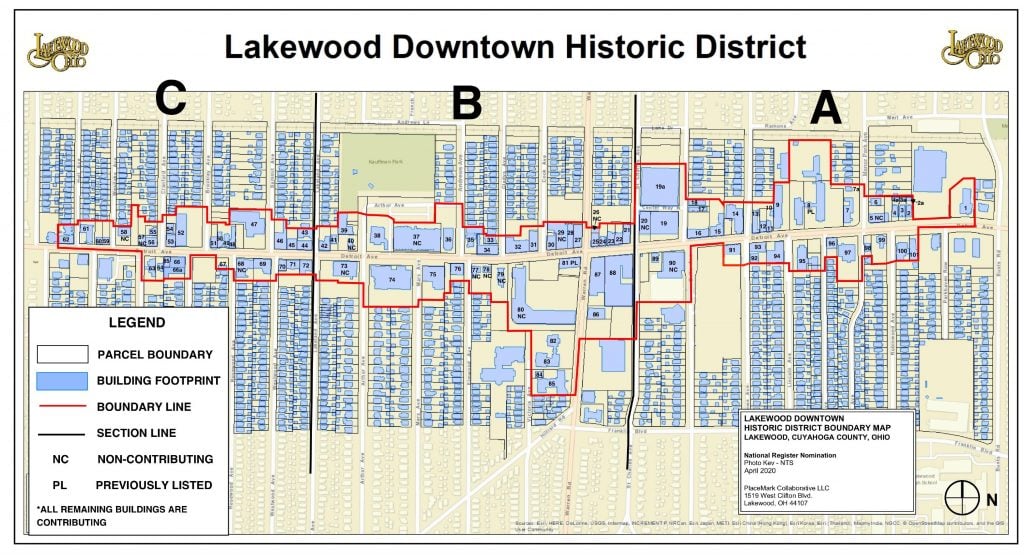 LakewoodAlive and the City of Lakewood are proud to announce that downtown Lakewood has been listed in the National Register of Historic Places.

The 105 buildings in the Lakewood Downtown Historic District trace Lakewood’s development from a thriving agricultural community through its development as a streetcar era suburb, as well as the reinvestment projects in downtown during the 1960s and early 1970s.

The district includes an area from just west of Bunts Road to midway between Hall and Ethel Avenues, Warren Road from Detroit Avenue to almost Franklin Boulevard, and a number of apartment buildings located adjacent to Detroit Avenue on side streets.

“We are thrilled to announce the completion of the Downtown Lakewood Historic District project which has been in the works since 2016 when the Ohio Historic Preservation Office Staff visited to determine if a district was viable,” said LakewoodAlive Executive Director Ian Andrews. “This listing now unlocks state and federal historic tax credits for building owners in an effort to further support investment in our historic commercial building stock.”

Owners of income producing buildings constructed in the early 1970s or earlier in the historic district are now eligible to use the federal historic tax credit program, which provides a credit equal to 20% of rehabilitation costs.  In addition, the buildings are also eligible to compete for a 25% of rehabilitation tax credit through the Ohio Historic Preservation Tax Credit program. 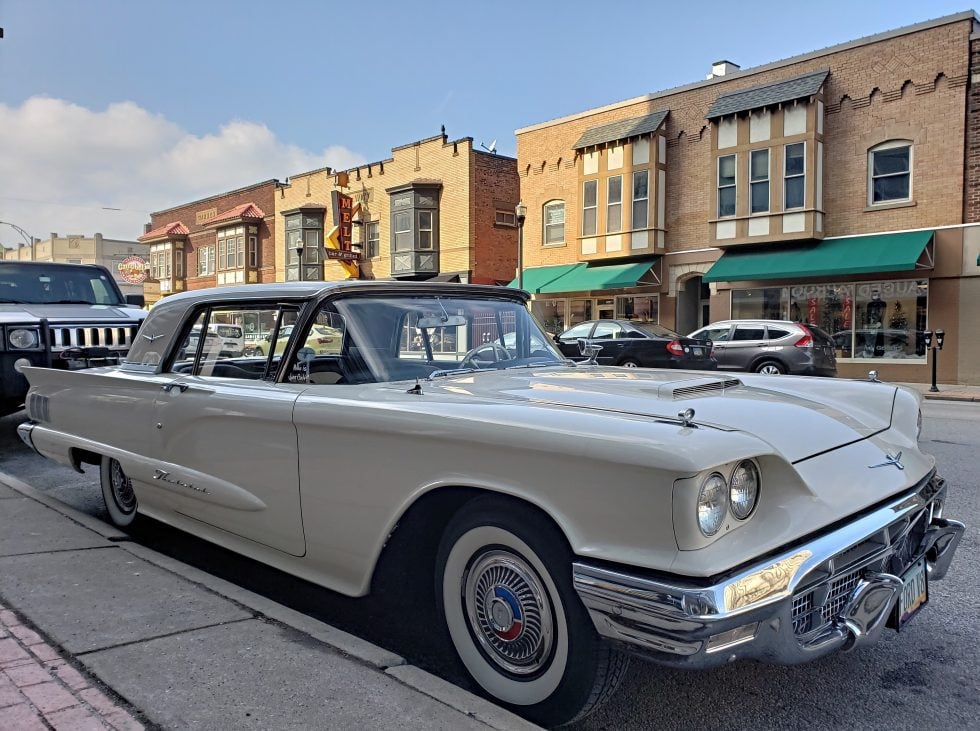 “From my time on council to the mayor’s office, I have been an ardent champion of historic preservation,” said Lakewood Mayor Meghan George. “My administration is excited to see this nomination become official and we look forward to helping establish other historic districts in partnership with property owners, businesses and LakewoodAlive.”

The National Register of Historic Places was created by Congress in 1966 by the National Historic Preservation Act (P.L. 89-665).  It is America’s official list of districts, sites, buildings, structures, and objects deemed worthy of preservation for their historical significance.

The State of Ohio’s Historic Preservation Office provided two grants that provided the majority of financial support to hire a consultant for this effort which is incredible intensive. Placemark Collaborative, a Lakewood firm with extensive historic district nomination experience was hired to research and write the nomination in the summer of 2019. Following an intensive investigative and application process, they saw the nomination through to state and federal approval earlier this fall. Thanks to the City of Lakewood for its support, both from the George and Summers administrations.