In the liner notes from Hillbilly Idol’s first album, it’s written that “It ain’t your Grandpa’s country music, but he’d probably approve.”  It’s likely you’ll approve, too, should you attend the country band’s performance this Friday, Aug. 12, as part of LakewoodAlive’s Front Porch Concert Series. 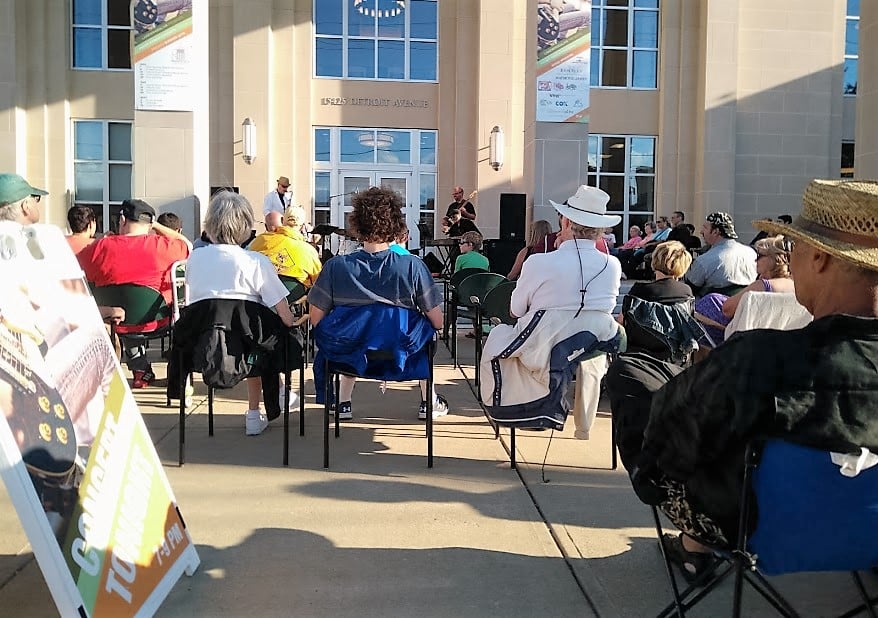 Hillbilly Idol takes the stage in Downtown Lakewood this Friday, Aug. 12, at 7 p.m.

“The band has a love of classic country music, so if folks need a last name attached to the first names ‘Hank,’ ‘Lefty,’ ‘George,’ ‘Willie’ and ‘Merle,’ then maybe they’ll be getting freshly acquainted with the cats that we admire,” said Moss.  “We enjoy watering the roots of country music by playing the tunes of our ‘hillbilly’ idols and we write and play our own tunes in that same spirit.”

Added Moss: “We really enjoy playing together, and we’re looking forward to sharing that when we’re up on the library steps on Friday evening.  Hillbilly Idol is happy to be included in LakewoodAlive’s summer series, and we find it great that the folks of Lakewood and beyond embrace the fine selection of diverse musical styles.  In some kind of way, that seems to celebrate the diversity of Lakewood, itself.”