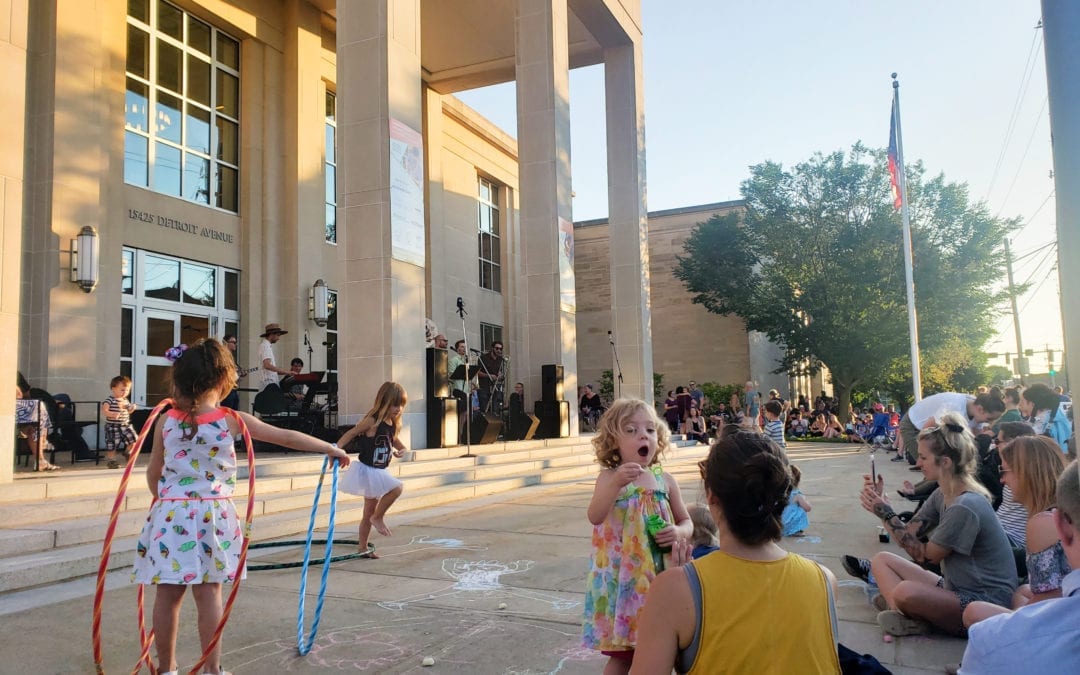 The 2019 installment of the Front Porch Concert Series featured many memorable performances and a remarkable variety of musical genres, ranging from rock-n-roll and jazz to folk and swing.  LakewoodAlive thanks Chris Parsons of The Lakewood Music Collective for coordinating the performer lineup in a volunteer capacity.  With 10 total performances this summer, the series has now hosted more than 90 concerts since its inception.

“On behalf of LakewoodAlive and Lakewood Public Library, thank you to the musicians, sponsors, concert-goers and volunteers who helped make the 2019 Front Porch Concert Series such a success for our community,” said Ian Andrews, Executive Director of LakewoodAlive.  “This series has evolved into a popular family entertainment option within our downtown district, creating a Lakewood summer tradition that supports our mission to foster and sustain vibrant neighborhoods within our city.”

The 2019 Front Porch Concert Series is generously supported by the following sponsors: