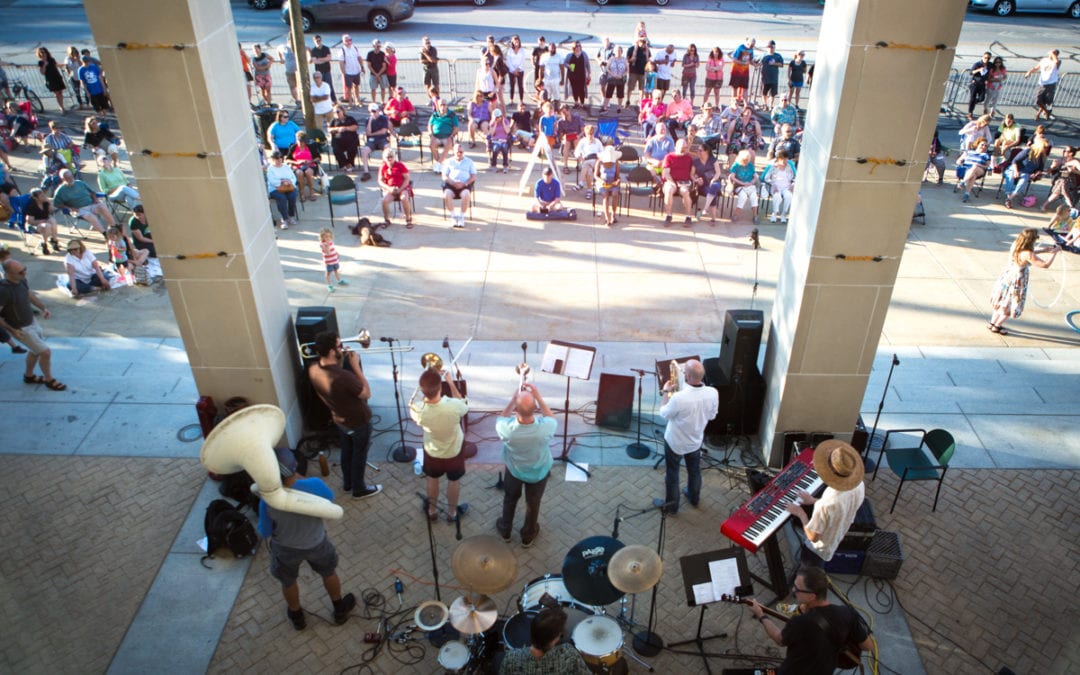 Week 9 of the series is presented by Lion and Blue and features Drumplay, a Cleveland-based ensemble that fuses jazz and folk elements while using world rhythms with a percussive pulse.  Founded in 1992, this mainstay on Northeast Ohio’s music scene originally formed to play a show in place of another band that had just disbanded.  Since then, it has spent many years wowing audiences with a unique sound built on improvised percussion.