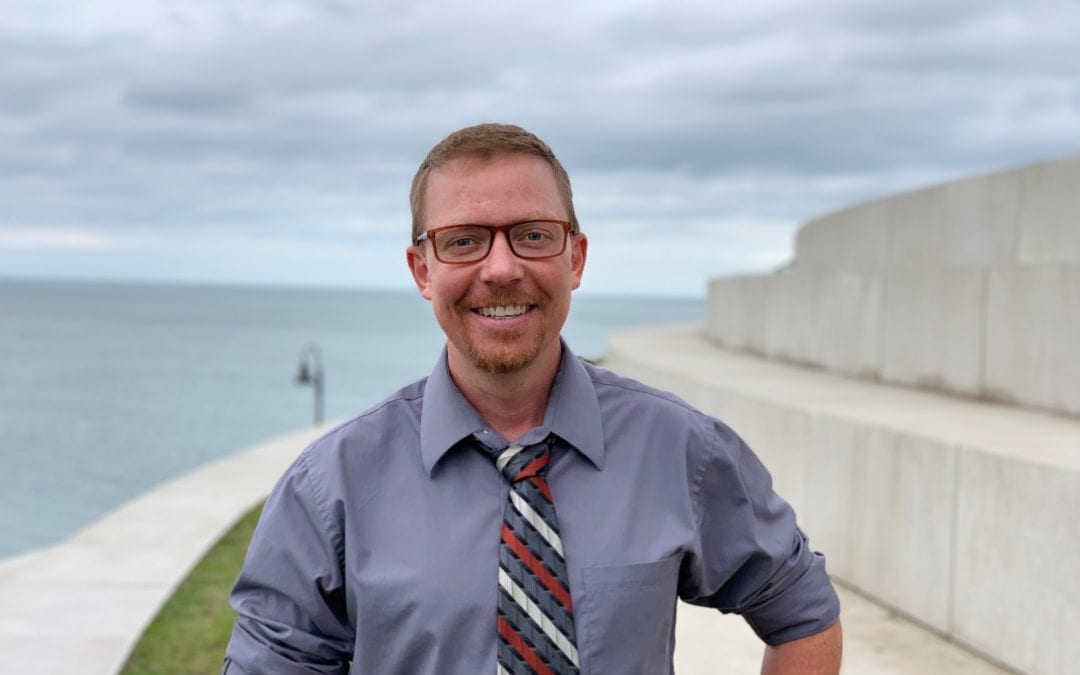 LakewoodAlive Executive Director Ian Andrews has been selected as a member of the 2018 Forty Under 40 class by Crain’s Cleveland Business.  The honor is bestowed to community leaders who, despite being young, have made a considerable impact within Northeast Ohio through professional successes and civic contributions.

Andrews, 36, has occupied the lead role at Lakewood’s community-centered nonprofit organization since 2011.  During his tenure, LakewoodAlive has enjoyed robust growth in nearly every facet of the organization.  In particular, the Housing Outreach Program, led by Housing & Internal Operations Director Allison Urbanek, has made significant strides towards ensuring all Lakewood residents live in healthy and safe homes.

Prior to LakewoodAlive, Andrews served as Director of Development and Marketing for Detroit Shoreway Community Development Organization after graduating from Cleveland State University with a Master’s Degree in Urban Planning, Design, and Development.

During Andrews’ first several years at the helm of LakewoodAlive, notable accomplishments include saving two boarding houses from demolition, coordinating the Cleveland Orchestra Residency Program, overseeing a community-led master plan for Kauffman Park, and working with Urbanek and the board to not only grow Housing Outreach services in significant ways across the city, but coupling housing and commercial reinvestment to make LakewoodAlive the city’s nonprofit community development corporation.

More recently, LakewoodAlive completed the Warren Road Beautification Project in partnership with the City of Lakewood and Cuyahoga County, which resulted in a new public art mural, bus shelter wrap, bike lanes and planter boxes in Downtown Lakewood, and launched plans to implement the Lakewood Tool Box, a tool-lending library, next spring.

“On behalf of LakewoodAlive’s Board of Directors, congratulations to Ian on this extraordinary accomplishment,” said Brittany O’Connor, board president. “Under Ian’s guidance, LakewoodAlive has expanded its impact from primarily economic development to a true community-wide focus. From volunteers helping a resident they’ve never met with a home maintenance project, to thousands of neighbors celebrating side-by-side at year-round free events, to local government and small businesses collaborating on a historic downtown district, Ian is a visionary leader with a remarkable ability to engage people to foster vibrancy in our neighborhoods.”

In addition to Andrews, Sean McDermott – a Lakewood resident and civic leader, longtime LakewoodAlive volunteer and former LakewoodAlive board president – also was selected to Crain’s 2018 Forty Under 40 class.  McDermott currently serves as Chief Planning and Design Officer for Cleveland Metroparks.

Andrews, McDermott and fellow honorees comprising the 2018 class will be profiled in the November 19th issue of Crain’s Cleveland Business and honored at Crain’s annual Forty Under 40 Awards Reception the same day at the La Salle Theatre in Cleveland.

“This recognition is a testament to the incredible dedication of our small-but-mighty staff, our Board of Directors and the numerous volunteers who assist LakewoodAlive in achieving our mission to foster and sustain vibrant neighborhoods here in Lakewood,” said Andrews.  “I’m humbled by the honor and thrilled to share in it with Sean and the other 38 honorees.”