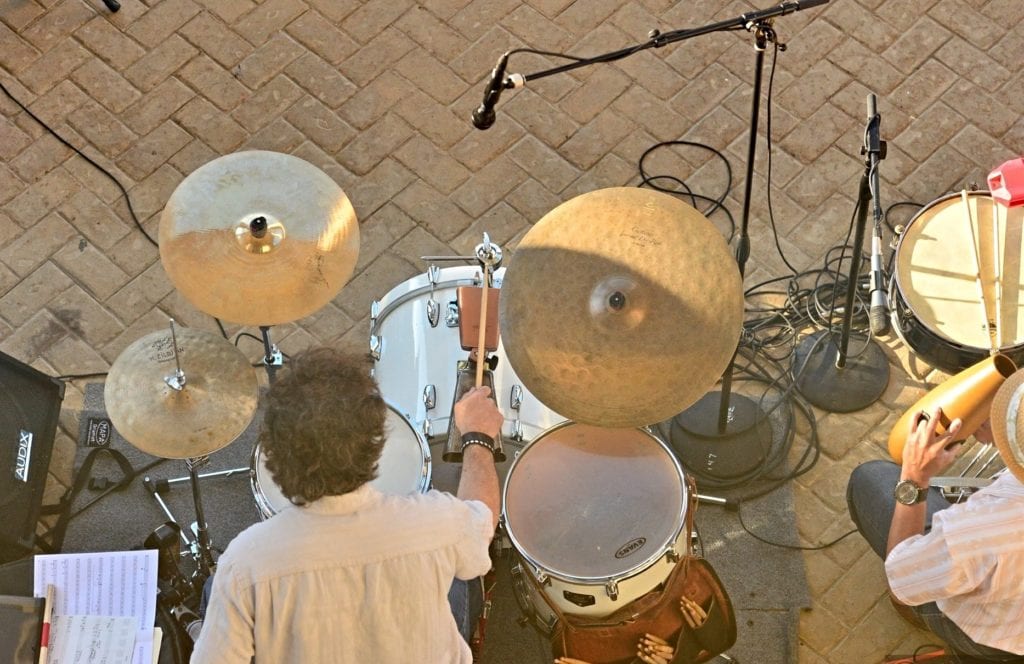 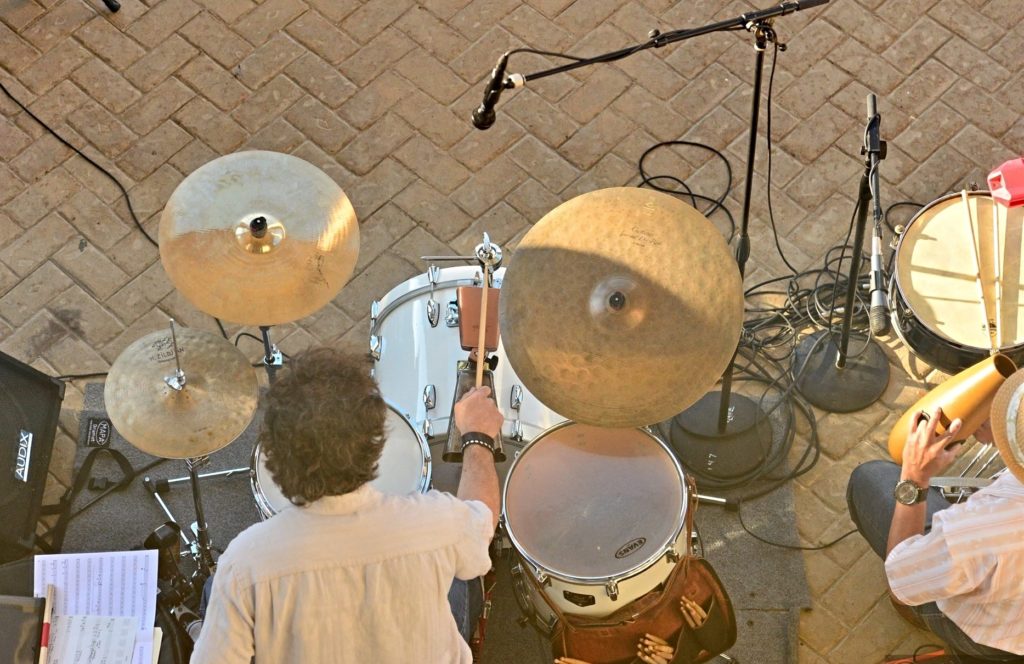 Drumplay takes the stage on July 27 for Week 6 of the Front Porch Concert Series.

Sponsored by Bentley Wealth Management of Raymond James, the Front Porch Concert Series features free, live music on the front steps of Lakewood Public Library in Downtown Lakewood from 7 to 9 p.m. for 12 consecutive Fridays.  The series, which aims to foster Lakewood’s vibrancy while providing a family-friendly summer entertainment option, runs through September 7.

Week 6 of the series features Drumplay, a Cleveland-based ensemble that fuses jazz and folk elements while using world rhythms with a percussive pulse.  Founded in 1992, this mainstay on Northeast Ohio’s music scene originally formed to play a show in place of another band that had just disbanded.  Since then, it has spent many years wowing audiences with a unique sound built on improvised percussion. 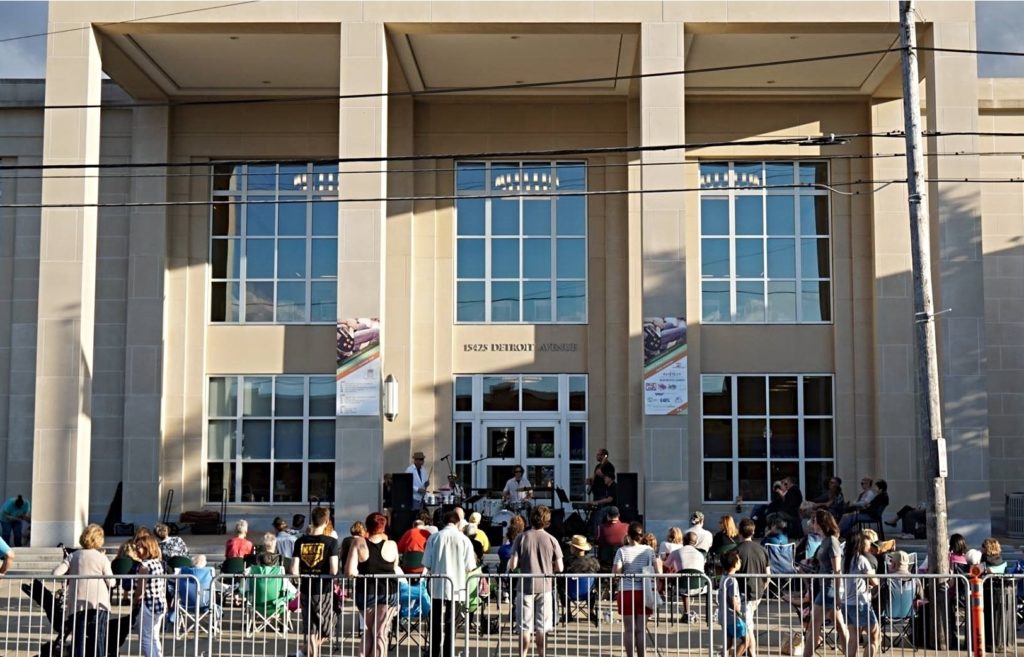