It’s been said that beauty becomes magnified when shared with others.  That’s certainly the case in the community-minded city of Lakewood, and perhaps nowhere is this more noticeable than in the heart of Downtown Lakewood. 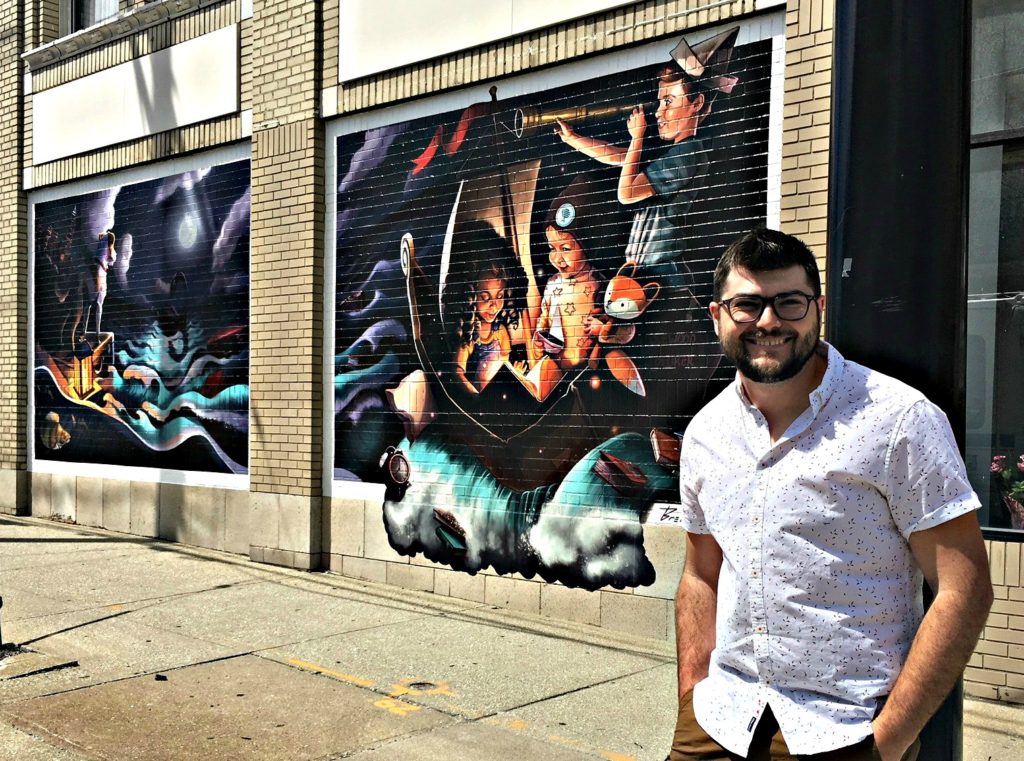 Artist Derrek Brennan poses with his “Imagination on the Lake” public art mural located at the southwest corner of Warren Road and Detroit Avenue in Downtown Lakewood.

Venture north along Warren Road towards Detroit Avenue these days and you’ll notice a transformation has taken place for the sake of community beautification.  Thanks to a $50,000 Community Development Supplemental Grant from Cuyahoga County and a partnership with the City of Lakewood, LakewoodAlive’s Warren Road Beautification Project has resulted in a rejuvenated gateway into Lakewood’s downtown district.

This well-traveled stretch and main artery into Downtown Lakewood now incorporates a new public art mural, a complementary bus shelter wrap, bike lanes, planter boxes and other beautification features.  What started in 2016 as a conceptual vision is now a beautification reality for Lakewoodites and visitors, alike, to enjoy.

“The Warren Road Beautification Project has been two years in the making, and the successful completion of this project is a credit to our many terrific partners in making this collaborative effort possible, including the City of Lakewood, Cuyahoga County, the Greater Cleveland Regional Transit Authority, local artist Derek Brennan, NEO Realty Group, First Federal Lakewood, Keep Lakewood Beautiful, Lakewood Garden Center, Scherba Industries and many outstanding volunteers,” said Ian Andrews, Executive Director of LakewoodAlive.  “I also want to recognize LakewoodAlive’s volunteer Design Committee chaired by Rob Donaldson for helping to guide the vision for this project.” 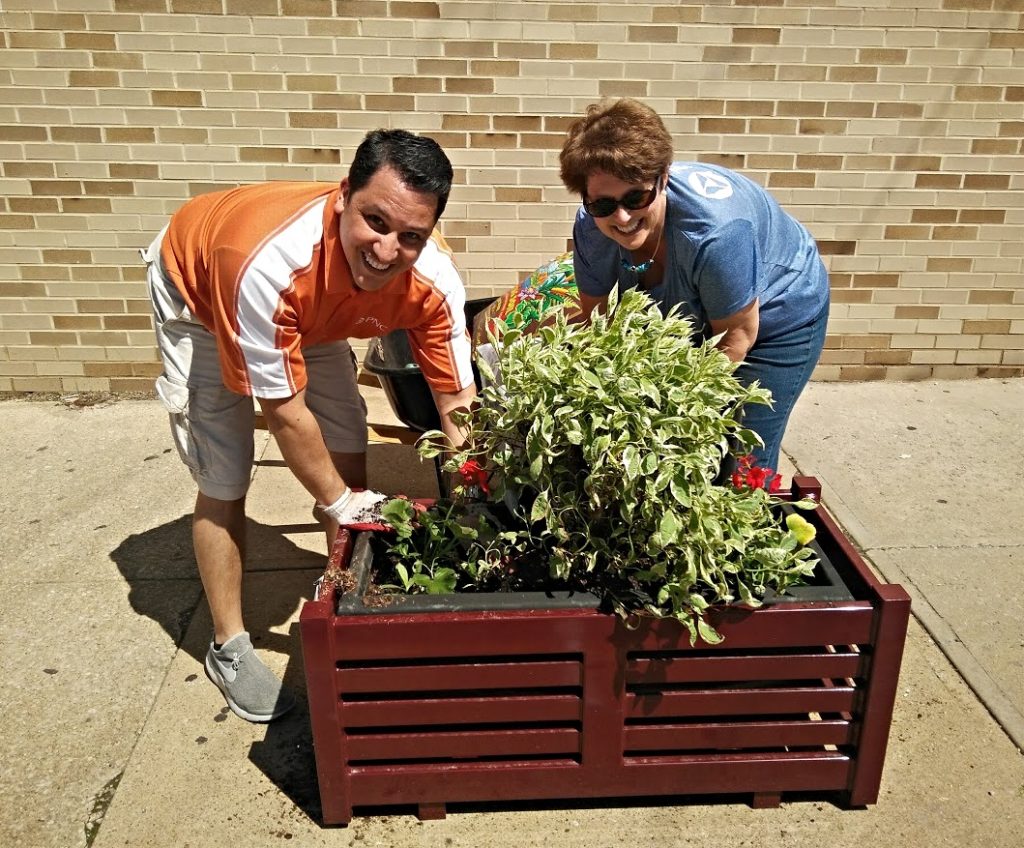 In preparation for the Warren Road Beautification Project, a group of volunteers from First Federal Lakewood spent a day last fall beautifying the targeted area of Warren Road by weeding sidewalks and mulching tree pits.  Implementation of the project then commenced last November with the restriping of Warren Road between Franklin Boulevard and Detroit Avenue.  This initial phase resulted in the addition of bike lanes and a center turn lane, creating an entranceway to Downtown Lakewood designed to better accommodate drivers, bicyclists, pedestrians and buses.

Following the long winter, the first day of May saw the installation of a new public art mural at the corner of Detroit Avenue and Warren Road in the heart of Downtown Lakewood.  Designed by Lakewoodite artist Derek Brennan, this unique mural entitled “Imagination on the Lake” depicts a Lake Erie Loch Ness Monster through the lens of children’s imagination.  This eye-catching mural pays homage to Lakewood’s proximity to Lake Erie and also incorporates the Cleveland skyline.

A sleek new bus shelter that’s adjacent to the new public art mural soon followed.  Brennan designed an aquatic-themed bus shelter wrap to complement his mural, and the City of Lakewood installed the bus shelter on May 21.  Downtown Lakewood’s newest bus shelter – the product of a partnership with the Greater Cleveland Regional Transit Authority – features night-time illumination made possible by solar cells on the roof.

Beautification efforts continued later the same week on May 23, when LakewoodAlive partnered with a group of volunteers from PNC and Keep Lakewood Beautiful to fill 14 newly-installed planter boxes along Warren Road in Downtown Lakewood with dogwood shrubs, geraniums and zinnias from Lakewood Garden Center.  This key step in the Warren Road Beautification Project has added a splash of greenery and color to the downtown district. 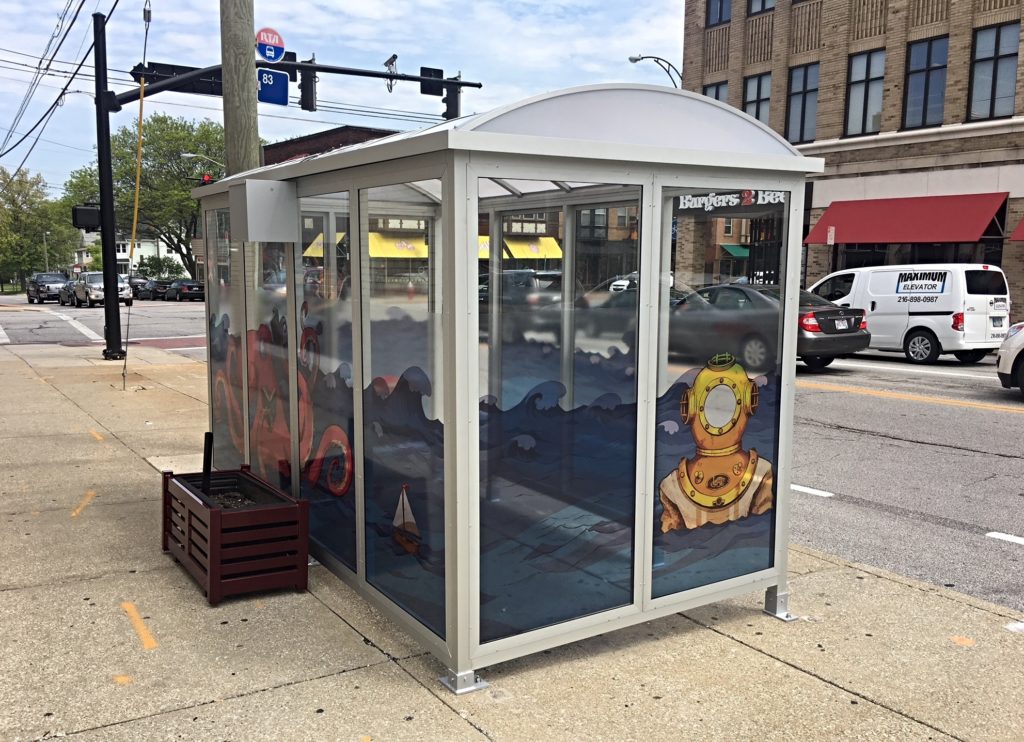 The new bus shelter features an aquatic design that speaks to the art mural, as well as solar-powered illumination.

A final phase to the project saw the installation of five additional bike racks along this same stretch of Warren Road last week.

About The Mural Artist

Derek Brennan, 27, is a Sandusky native who has called Lakewood home for three years.  He’s had a passion for art for as long as he can remember.  “My father worked for a printing company,” said Derek, “so as a kid I always had stacks of paper to sketch on.”

Derek honed his craft while working as a caricature artist at Cedar Point and earned a Bachelor of Fine Arts degree from Bowling Green State University.  Post-graduation, Derek worked for a clothing company as a graphic designer before transitioning to a full-time art career.

For his “Imagination on the Lake” public art mural at the corner of Detroit Avenue and Warren Road in Downtown Lakewood, Derek sought to play off Lakewood’s family-friendliness and proximity to Lake Erie.  “I wanted something light-hearted and fun that spoke to children about the power of imagination and promoted the importance of reading with your kids.”

LakewoodAlive is a nonprofit community development organization seeking to foster and sustain vibrant neighborhoods in Lakewood.  For more information regarding the Warren Road Beautification Project, please contact LakewoodAlive at 216-521-0655. 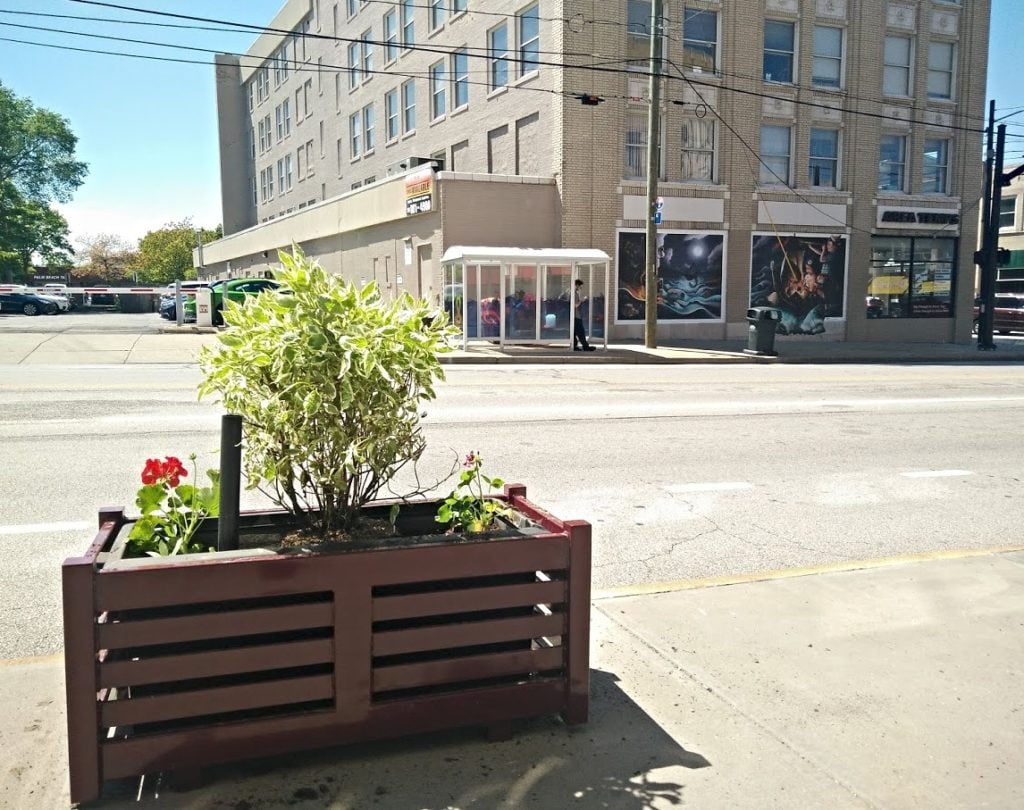 A public art mural, a complementary bus shelter wrap and planter boxes are three of the key components of the Warren Road Beautification Project.