For one July Saturday each summer, a transformation takes place in Downtown Lakewood.  Detroit Avenue ceases to serve as a bustling main street, undergoing a conversion into an urban playground for families, friends, festival-goers, runners, beer enthusiasts and music lovers alike to celebrate a city’s vibrancy. 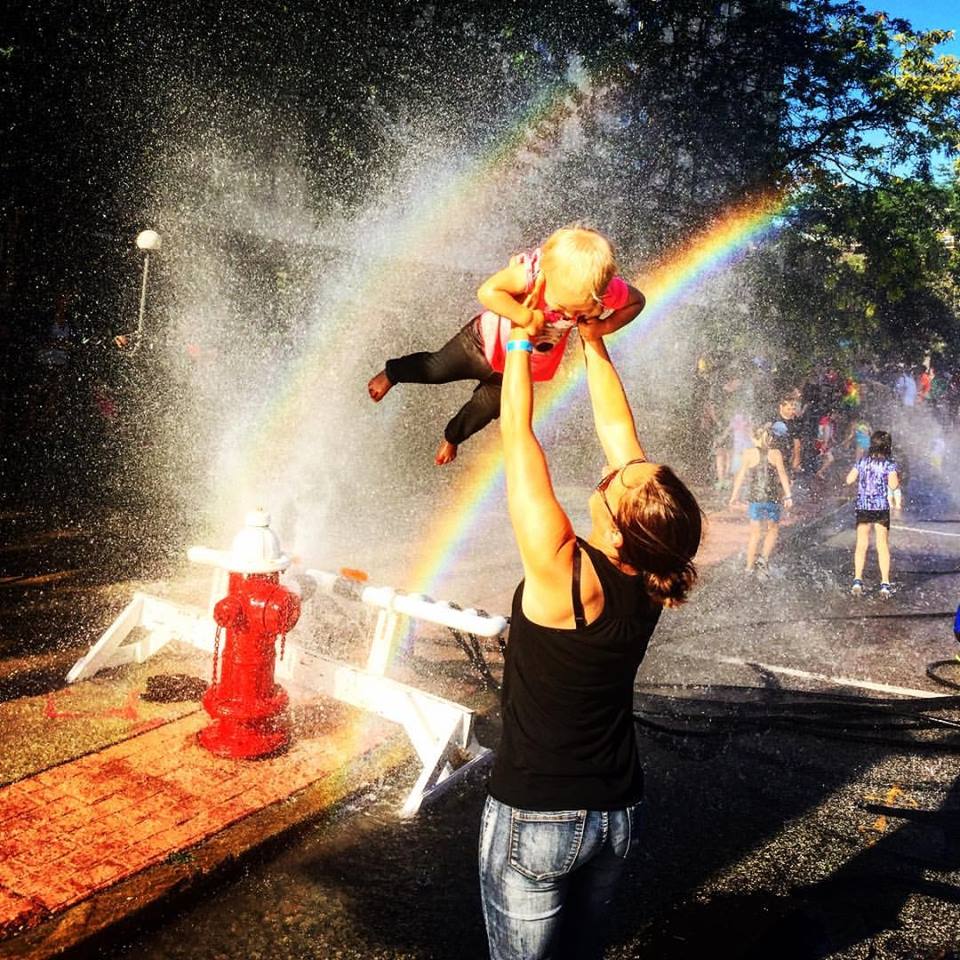 Lakewood Summer Meltdown 2017 – sponsored by Melt Bar & Grilled and presented by LakewoodAlive – attracted an estimated regional crowd of 10,000 to the heart of the city along Detroit Avenue.  Attendees at the eighth annual installment of Lakewood’s summer street fest were not disappointed, as they enjoyed everything from street vendors to road races to a beer garden with live music.

The Summer Meltdown got underway at 4 p.m. with the street festival component, featuring 75 vendors, food trucks and local restaurants, games and interactive activities along the western half of the festival.  Meanwhile, the eastern end featured the ever-popular skate park presented by West Side Skates and “Water Moose” sprinkler park.

Lakewood native Michael Gill constructed the initial version of his Water Moose sprinkler park seven years ago with assistance from Lakewood Hardware.  This web of sprinklers connected to a fire hydrant has developed into a fan favorite at the Summer Meltdown, inducing shrieks of delight from wet, yet happy children. 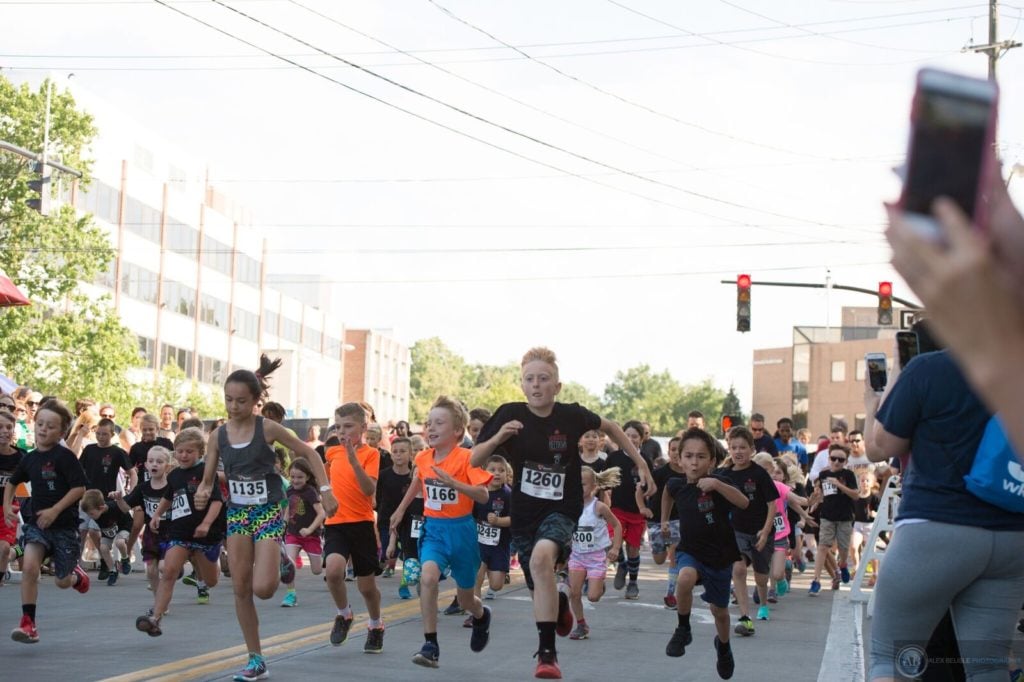 Photo by Alex Belisle/Faces of Lakewood

The 1 Mile Kids Fun Run – sponsored by Lakewood Family YMCA – once again proved to be a highlight of the Summer Meltdown.  More than 100 children (some accompanied by parents) participated in this out-and-back race up Belle Avenue, with some holding hands as they crossed the finish line. 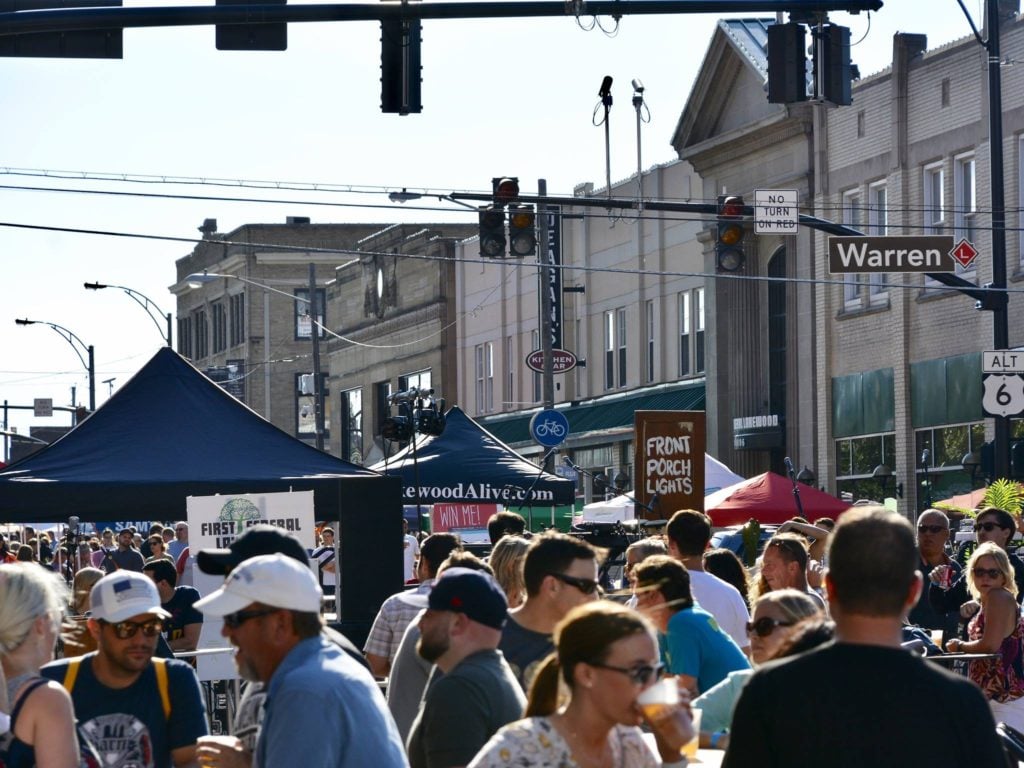 Photo by The Lakewood Citizen

New for 2017, the Summer Meltdown Bike Raffle resulted in two lucky contestants winning Charge Grater commuter bicycles courtesy of Beat Cycles.  The raffle winners were drawn on stage near the end of the festivities, culminating a raffle that began in mid-June through ticket sales online and at Beat Cycles.

Crowd-pleasing band Front Porch Lights capped the evening with an energized, two-hour performance.  Led by frontman Conor Standish, the quintet delighted the large crowd with a mix of rock, alternative, indie and cover songs.  Following loud applause, Standish exclaimed to the crowd, “We are Front Porch Lights and we love you, Lakewood!” 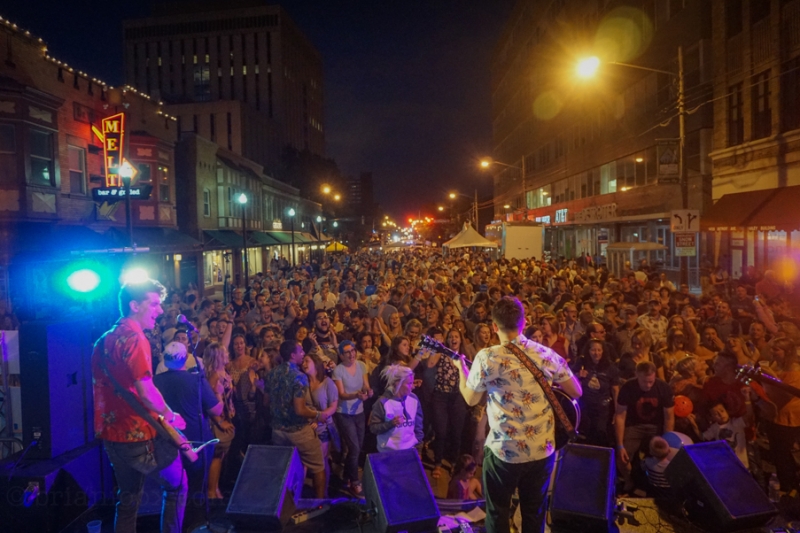 Photo by The Lakewood Observer

LakewoodAlive thanks its sponsors, its volunteers, the City of Lakewood, the Lakewood Police Department and all participants and attendees for making Lakewood Summer Meltdown 2017 a major league success.

“This community event wouldn’t be possible without the support of our city, our generous sponsors and our contingency of nearly 100 volunteers who helped us bring approximately 10,000 people to Downtown Lakewood,” said Ian Andrews, Executive Director of LakewoodAlive.  “Each year our Summer Meltdown gets better and we’re proud of the role this event plays in upholding our mission to foster and sustain vibrant neighborhoods in Lakewood.”

The Lakewood Summer Meltdown is generously supported by the following sponsors: