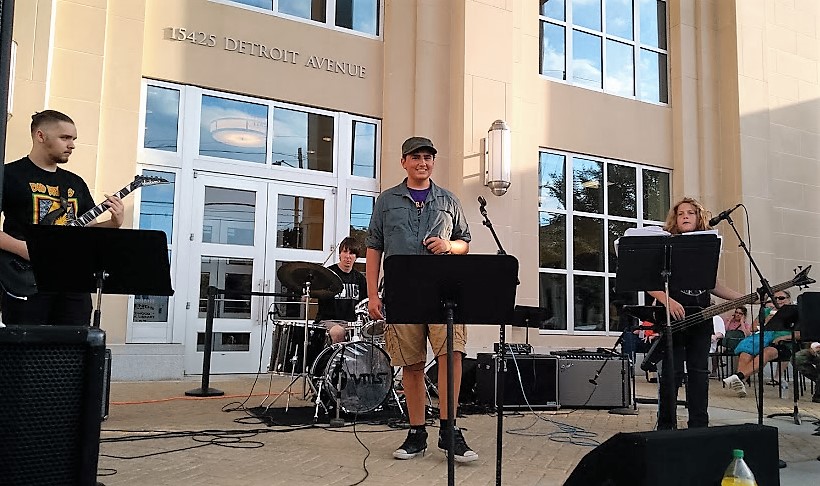 This week features the return of the Vance Music Studios Rock Bands.

If you have a taste for musical diversity, then this performance shouldn’t be missed.  The bands will offer music ranging across the rock-to-jazz spectrum.  Despite the youth of its members, each band has assumed ownership with creating a name, selecting a musical genre and rehearsing on a weekly basis.  Friday’s concert consists of performances by The Next Generation, Defenestration, Conundrum and the Vance Music Studios Jazz Band.

To celebrate the success of its summer concert series, LakewoodAlive also announces the addition a Kids Concert on Friday, Sept. 16, to conclude the 2016 Front Porch Concert Series.  This special edition concert will be sponsored by Paisley Monkey.  More details will follow in the coming weeks.