Jazz music will fill the streets of Downtown Lakewood this Friday, July 8, when the second 2016 installment of LakewoodAlive’s Front Porch Concert Series gets underway.  Powerhouse 5 will delight concert-goers by performing a blend of energetic jazz and familiar melodies from 7 to 9 p.m. at Lakewood Public Library. 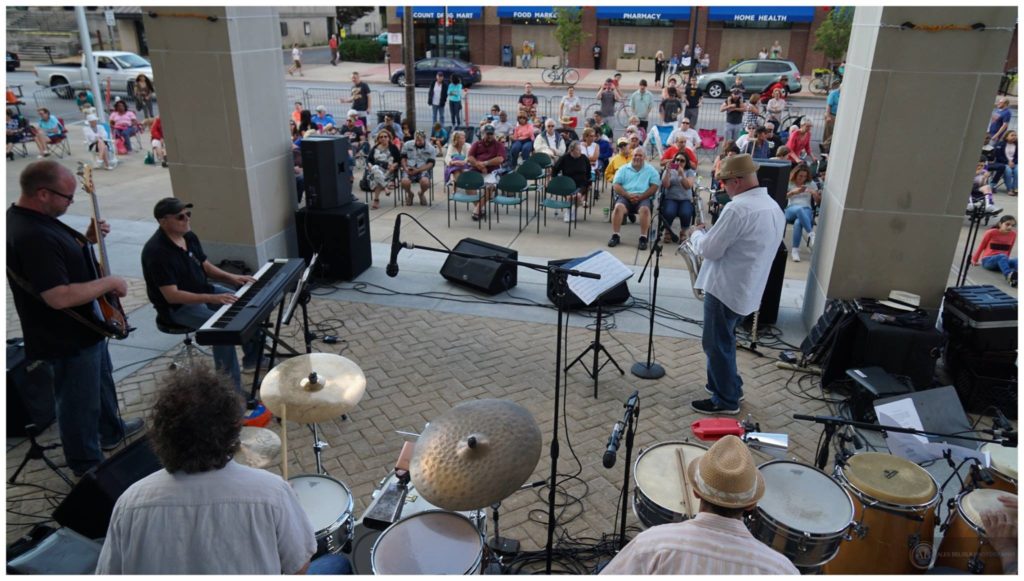 The July 8 edition brings to the stage Powerhouse 5, which offers a jazz sound reminiscent of the 1930-50s with elements of big band, swing and electronica.  The band will perform songs by the late Raymond Scott, an American composer whose music has long influenced cartoon soundtracks, ranging from Looney Tunes to The Simpsons.

An ensemble of six musicians from Northeast Ohio, Powerhouse 5 consists of Darren Allen on drums and percussion, George Foley on piano and vocals, Larry Herman on trumpet, Tom Lempner on tenor saxophone, Bill Nichols on bass and Don Turoso on clarinet.

“Much of our music is identifiable with the Warner Brothers cartoons most folks have seen over the years,” Lempner said.  “It’s always a pleasure to play a great environment like Lakewood, and we’re really looking forward to performing on Friday.”