Like water gushing from a tributary into a lake, productive dialogue was flowing freely Tuesday evening at the Lakewood Public Library, where nearly 60 Northeast Ohioans gathered for LakewoodAlive’s latest community forum entitled “A Deep Dive: Lake Erie Starts at Home.” 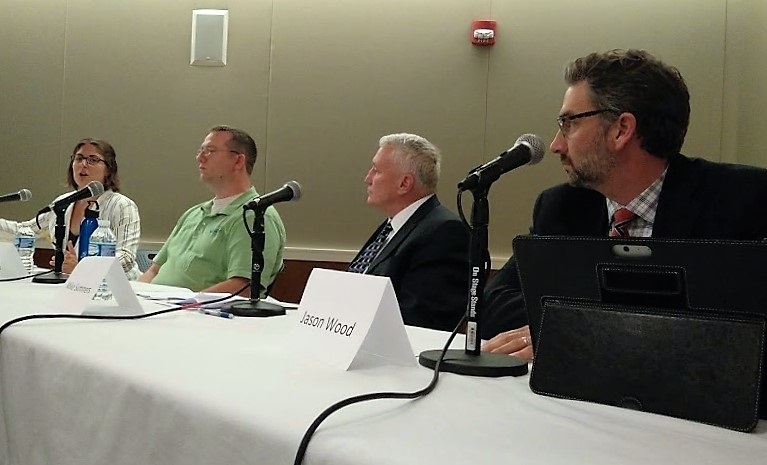 The forum, which was open to the general public, explored the monumental role Lake Erie plays in our lives, the issues facing our Great Lake and how we as citizens impact its water quality and overall health.  Moderator Terry L. Robison, Ph.D. – Director of Natural Resources for the Cleveland Metroparks – oversaw a distinguished group of panelists for a wide-ranging discussion, and audience members were given the opportunity to submit questions on notecards.

Ian Andrews, Executive Director of LakewoodAlive, provided opening remarks for the community forum, which was attended by city leaders, environmental advocates, residents and elected officials.  LakewoodAlive selected the forum’s topic by conducting an informal poll among its various constituent groups.

“Part of fostering and sustaining vibrant neighborhoods means having important conversations about topics that matter to our community,” said Ian Andrews, Executive Director of LakewoodAlive.  “It became abundantly clear to us that water quality and environmental issues pertaining to Lake Erie represent hot-button topics within Lakewood and our region as a whole.”

After introducing the panelists, Robison provided a series of facts regarding water scarcity and Lake Erie, our region’s most crucial natural asset.  Although 70 percent of the Earth’s surface is covered by water, less than 1 percent is available for drinking and other human purposes, with the Great Lakes watershed containing 18 percent of our planet’s fresh water supply.

“Maintaining the health of Lake Erie and its tributaries through environmental stewardship is of paramount importance,” Robison said.  “While there are efforts being made to protect this valuable resource, we as a society must not take our lake for granted.” 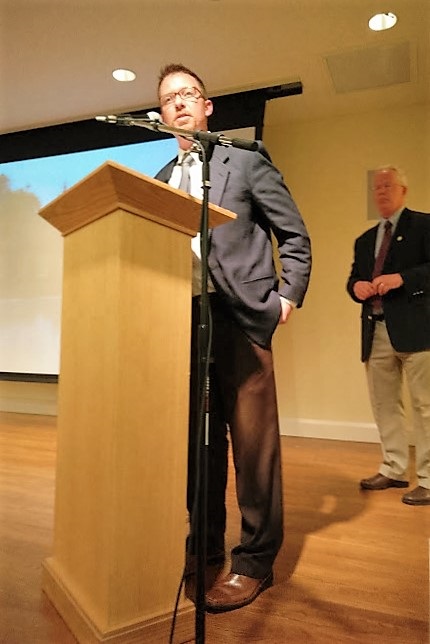 From L to R: Ian Andrews, Executive Director of LakewoodAlive, and Terry L. Robison, Ph.D., Director of Natural Resources for the Cleveland Metroparks.

The panelists cited climate change and aging infrastructure among the greatest threats to Lake Erie’s longterm health, yet the group also empowered the audience with ways community members can support the world’s 11th-largest fresh body of water.  These suggestions ranged from utilizing rain barrels and green roofs to manage stormwater runoff to participating in river cleanup projects to protecting our remaining wetlands.

Mayor Summers discussed ways the City of Lakewood ensures clean, safe drinking water, as well as the ongoing need for lakefront cities to modernize their water systems.  “The challenge we have is that Lakewood was fundamentally built by 1940,” Summers said.  “Consequently, we must make substantial investments to reengineer our aging water system and better control stormwater.”

Bartley credited Lakewood for serving as a countywide model for effective stormwater management with the city’s recent developments, such as the new north entrance bioswale at Madison Park, which includes vegetation designed to prevent water runoff.

Bartolotta conveyed the economic importance of Lake Erie, referencing that it provides drinking water for 13 million people and represents a $40 billon tourism industry for Ohio.  Despite accounting for only 2 percent of the Great Lakes’ water, Lake Erie serves as home to half of the Great Lakes’ fish population.

Wood described the region’s water system as being capable of supplying five million gallons of drinking water each day and containing enough pipes to stretch from Cleveland to Athens, Greece.  He indicated the system is well-prepared to thwart algae and other toxins Lake Erie might encounter.

Said Wood: “We take our job of providing safe drinking water very seriously, so it’s really exciting to be part of a conversation about the value and health of Lake Erie.” 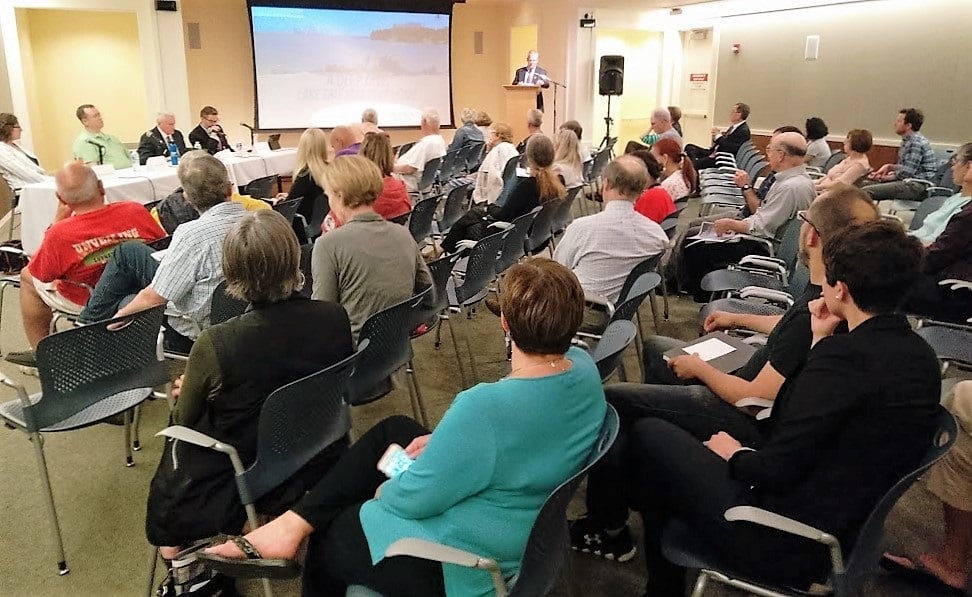