Bare ground and brush have given way to a concrete foundation and cement blocks, an ongoing transformation from dirt to dwelling that’s rapidly gaining steam. 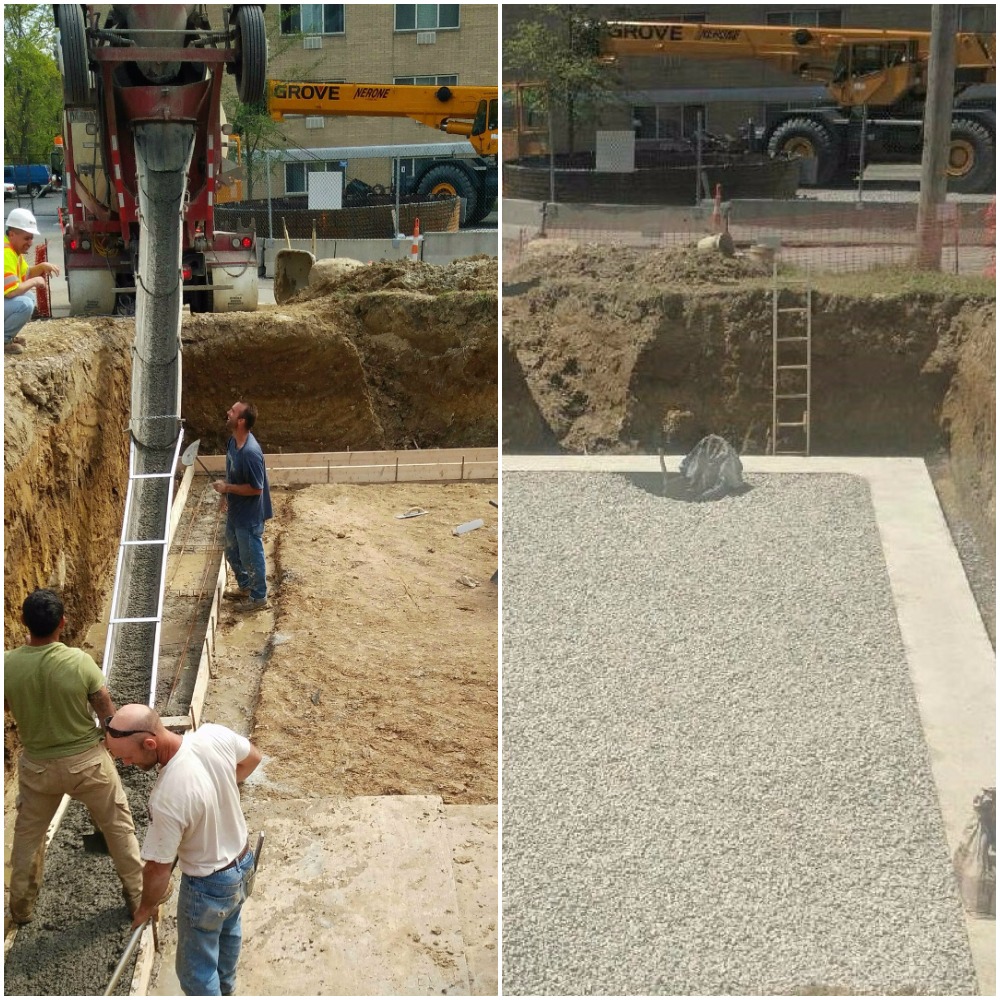 The work crew poured a concrete foundation at 1427 Scenic Street on May 20.

What a difference a week makes.  A mere excavation site just days ago, the property at 1427 Scenic Street now contains the building blocks of a future residence that promises to be a tremendous addition to Lakewood’s historic Scenic Park neighborhood.  While the project remains months away from completion, onlookers no longer must rely solely on imagination to envision how a single-family home will fit on the small lot near the Rocky River Valley.

Building company Prairie Stone Group began excavating the property on April 30, and a sizeable hole had been dug for the home’s foundation by the time LakewoodAlive hosted its Scenic Park House Project Launch Party on May 18.  During the event, Lakewood Mayor Michael Summers, LakewoodAlive Executive Director Ian Andrews and Prairie Stone Group owner Dana Paul oversaw a ceremony to celebrate the innovative rebirth of the previously-vacant lot.

Since then, significant progress has been made toward constructing a home that will ultimately offer 1,425 square feet of living space with three bedrooms and two-and-a-half bathrooms.  Paul’s crew succeeded with pouring a concrete foundation on May 20 – a major milestone for any homebuilding project.

“Before the concrete truck arrives, there’s so much preparation and anticipation,” said Paul.  “So many things can go wrong – it’s a time-sensitive process with little margin for error – and everything builds off that.  But thankfully, the concrete pour went really well.” 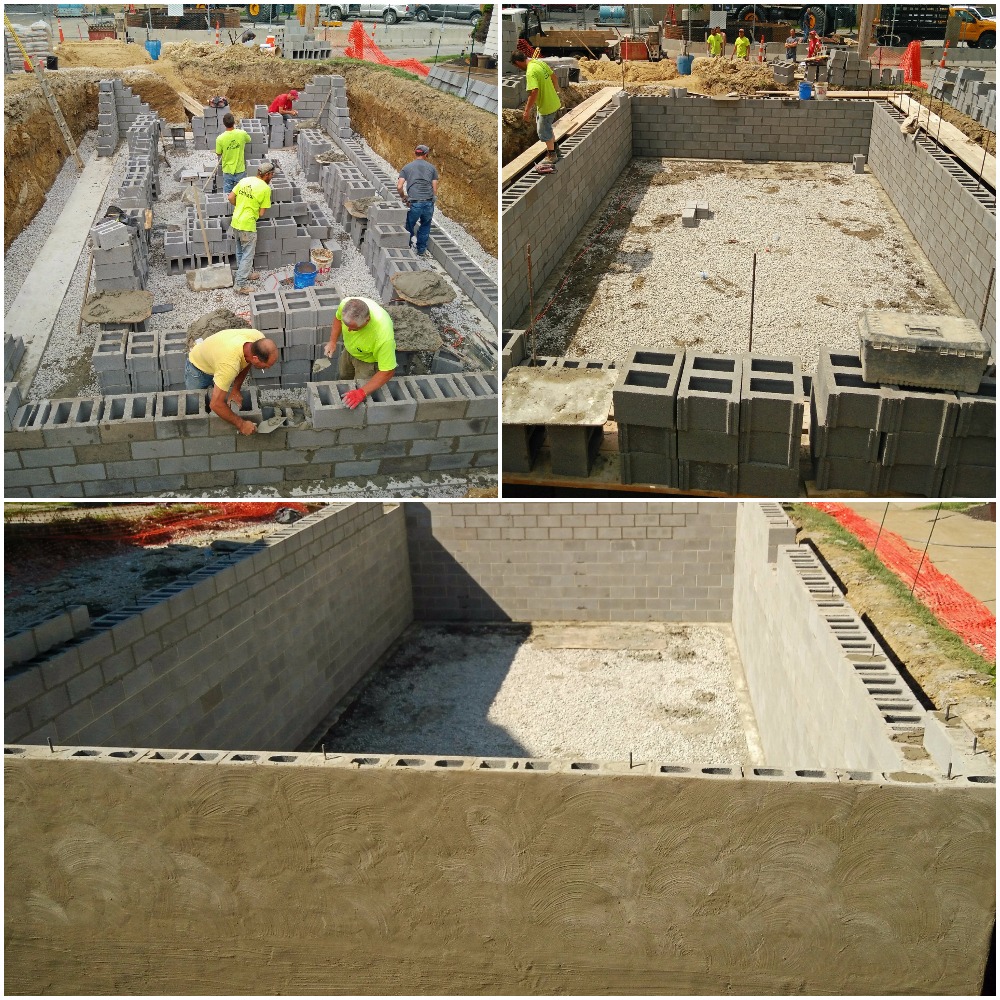 Following a successful inspection from the City of Lakewood earlier this week, Paul and his crew commenced the next major step in the construction process on May 26 – that of laying approximately 1,000 cement blocks to construct the home’s basement walls.  Cooperative weather and an efficient workflow resulted in the crew completing this portion of the project in one day.

Once the blocks’ adhesive dries, Paul and his crew will turn their attention towards waterproofing the exterior of the basement wall, then backfilling the surrounding areas with stone.  The project will continue with installation of underground plumbing, pouring of concrete for the basement floor and digging of footers to support front porch posts.

Paul indicated the Scenic Park House Project remains on schedule, with an anticipated completion during late 2016.

“We’re really pleased with how this project has progressed so far, and we look forward to introducing a new home into this historic neighborhood,” Paul said. 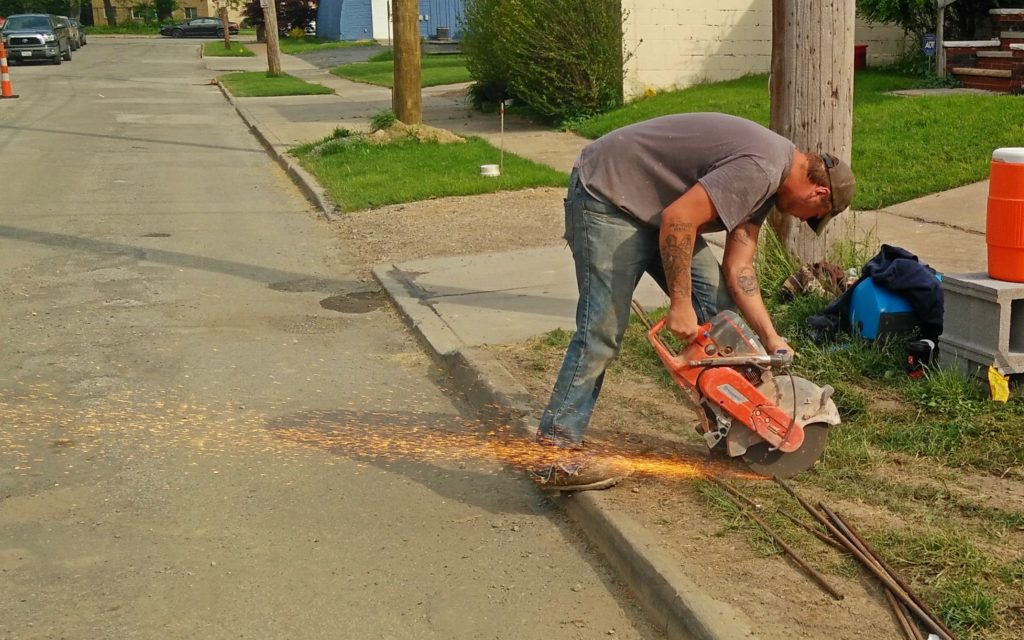 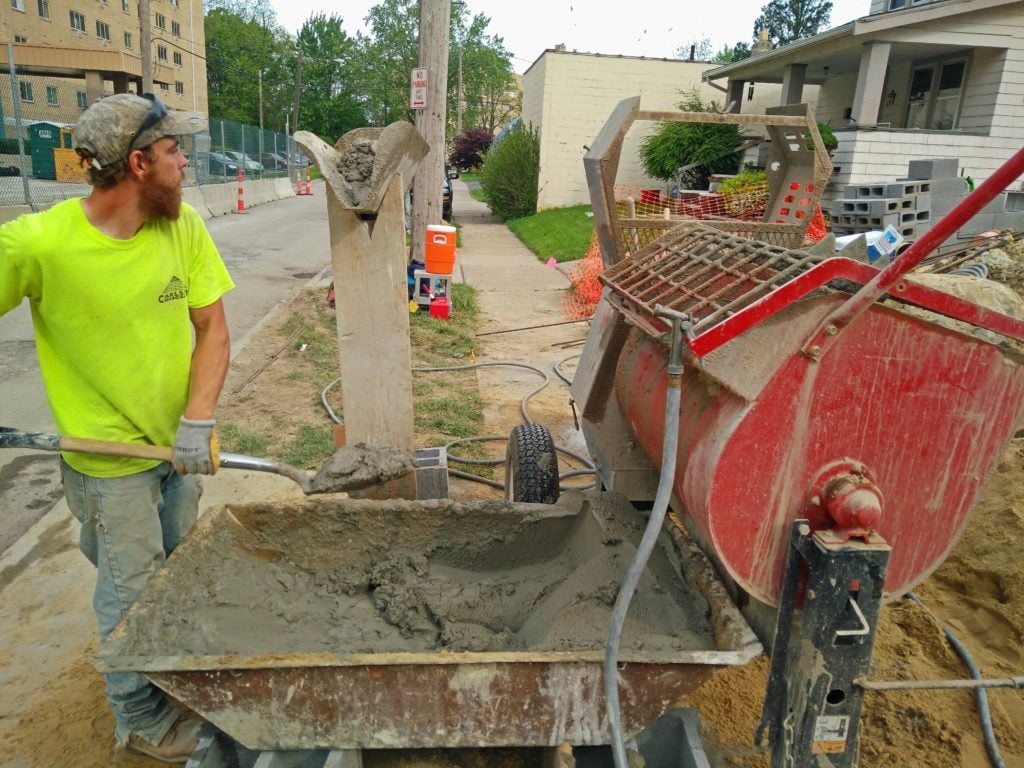 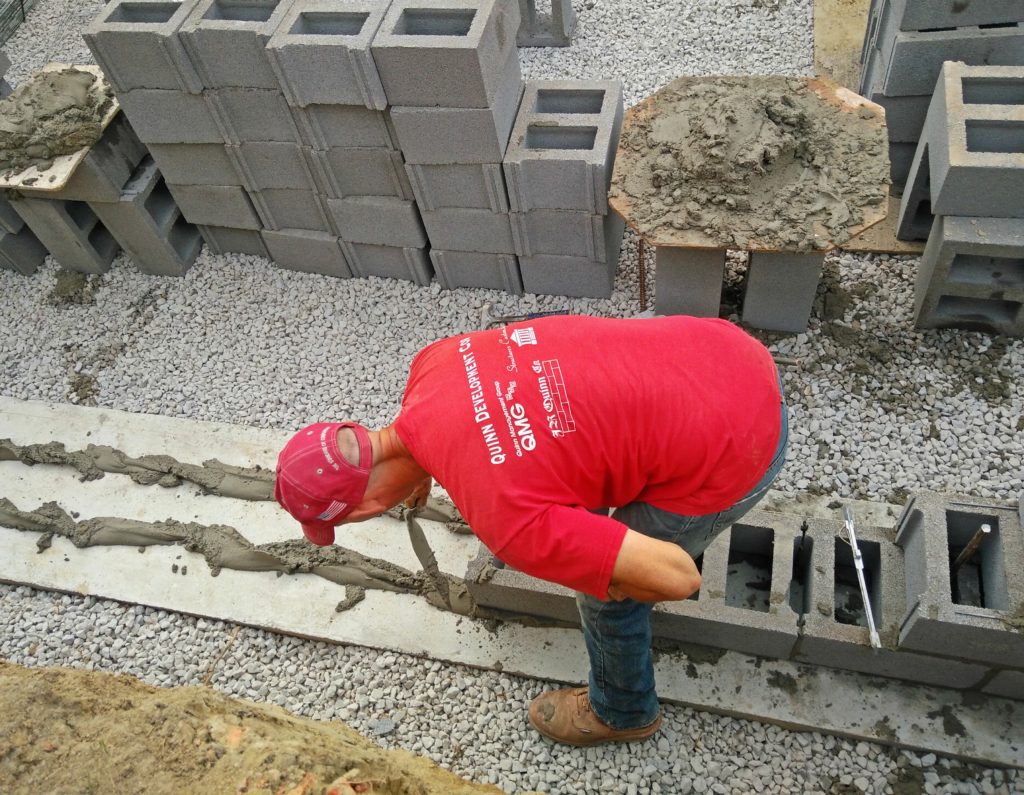